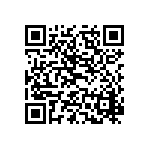 Adventure from Greece to Quebec

Aristo cultivated the family-owned olive groves very early on.  As a young adult, his taste for adventure brought him to Quebec where he became a restaurant owner for more than 30 years.  His inherited part of the olive groves kept him going back to Greece every year; to the great pleasure of his family and friends from Quebec since he always came back with olive oil.  He quickly realized that there was an appreciation and a demand for his olive oil.  In 2005, convinced that he had a high quality product, Aristo and his life partner Michèle created La Belle Excuse.

This is how Aristo, Greek by birth and Quebecois by choice, spreads some sunshine on his lanaudoise countryside home where the olive oil is bottled.

What is La Belle Excuse?  6500 olive trees, 600 sales locations, 80 tonnes of olive oil per year, 15 pairs of hands to take care of the product, a family that pours its heart and soul into it and thousands of customers who make it all possible.