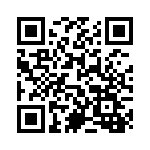 Once upon a time, in a small village south of Peloponnese, a little boy was laying down with his father under an olive tree. The young boy had only one idea on his mind; please let my dad fall asleep as fast as possible so I can go play with my friends. That boy did not know at that moment that his destiny was located there, under that very olive tree, that he would one day follow in his father’s and grandfather’s footsteps, that one day he would become an olive oil producer, the liquid gold of the Mediterranean.

Adventure from Greece to Quebec

Aristo cultivated the family-owned olive groves very early on.  As a young adult, his taste for adventure brought him to Quebec where he became a restaurant owner for more than 30 years.  His inherited part of the olive groves kept him going back to Greece every year; to the great pleasure of his family and friends from Quebec since he always came back with olive oil.  He quickly realized that there was an appreciation and a demand for his olive oil.  In 2005, convinced that he had a high quality product, Aristo and his life partner Michèle created La Belle Excuse.

This is how Aristo, Greek by birth and Quebecois by choice, spreads some sunshine on his lanaudoise countryside home where the olive oil is bottled.

What is La Belle Excuse?  6500 olive trees, 600 sales locations, 80 tonnes of olive oil per year, 15 pairs of hands to take care of the product, a family that pours its heart and soul into it and thousands of customers who make it all possible.

Since the beginning of time, the olive oil is part of man’s life.  In the kitchen, beauty products, in medicine and religion, this noble oil is a gift from the gods.

The olive tree is Greece’s emblematic tree and it is said that the oldest one is 4000 years old. In Ancient Greece, the olive tree was considered sacred and symbolized peace.  There are hundreds of olive varieties in the Mediterranean region. Whether they are for appetizers or used for oil, each variety has its significant characteristic and uniqueness to be discovered.

Our olive roots are in Greece

Like those of Aristo, La Belle Excuse producer.  The family-owned olive groves are in Chora, a small village of the Trifilia region situated in the Southern Peloponnese.  For thousands of years this specific area has been recognized for its olives and the exceptional quality of its oils. Though Aristo’s life is now firmly rooted in Quebec, each year he returns to the family groves in Greece to renew his connection with his culture and take part in the harvesting of the olives, ensuring that each and every litre of oil is pressed as per the highest of standards. In doing so, La Belle Excuse earns the personal stamp of approval of its discerning producer.